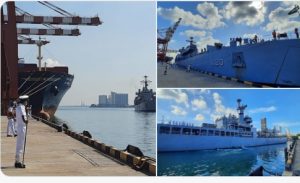 With the overarching aim of providing critical medical aid to Sri Lanka during the ongoing crisis, INS Gharial as part of Mission SAGAR IX reached Colombo.