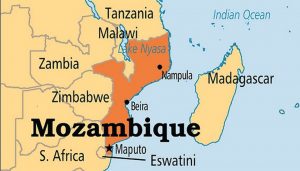 Mozambique has identified its first case of wild poliovirus Type 1 this week after a child contracted the disease.