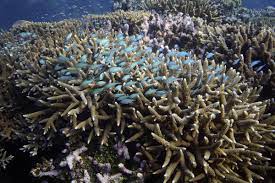 Some researchers have discovered five new species of Black Corals living as deep as 2,500 feet (762 metres) below the surface in the Great Barrier Reef and Coral Sea off the coast of Australia.