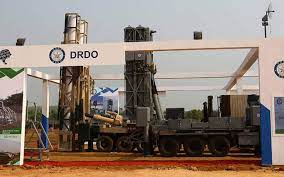 In a significant boost to India’s defence capabilities, the first deliverable Firing Unit (FU) of Medium Range Surface to Air Missile (MRSAM) System was handed over to Indian Air Force (IAF) in the presence of Raksha Mantri Shri Rajnath Singh at Air Force Station, Jaisalmer in Rajasthan on September 09, 2021.