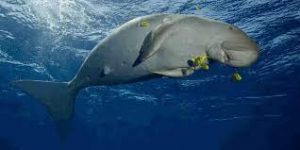 India’s first Dugong conservation reserve will be built in Tamil Nadu for the conservation of Dugong, a marine animal that has been enlisted vulnerable to extinction on a global scale by the World Conservation Union (IUCN).