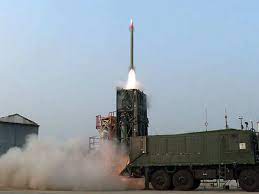 The Defence Research and Development Organisation (DRDO) conducted two successful flight tests of the Army version of Medium Range Surface to Air Missile (MRSAM) at the Integrated Test Range, Chandipur, off the coast of Odisha.