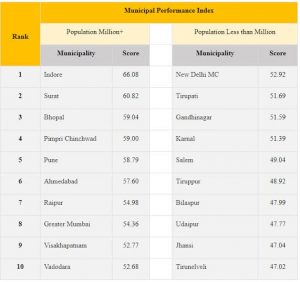 Minister of Housing and Urban Affairs announced the release of the final rankings of Municipal Performance Index (MPI) 2020.