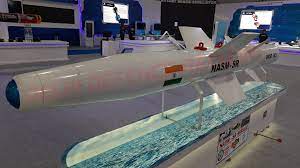 The Navy recently tested an indigenous Naval Anti-Ship Missile (Short Range) or NASM-SR from a Sea King helicopter at the Integrated Test Range in Balasore, Odisha.