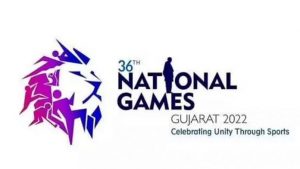 Union Home Minister Amit Shah launched the mascot and the anthem for the 36th National Games at Trans Stadia in Ahmedabad.