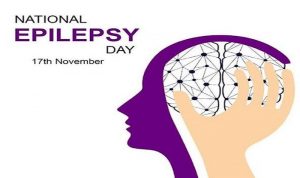 The National Epilepsy Day was observed on November 17, 2021.