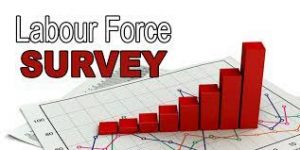 In the period of October-December 2021, the unemployment rate for all those aged 15 years and above in the country’s urban areas slipped from 10.3 per cent that was recorded in the same quarter a year ago to 8.7 per cent. A periodic labour force survey by the National Statistical Office (NSO) showed this.