Conference On Aatmairbhar Bharat :Self Reliance for Renewable Energy Manufacturing: 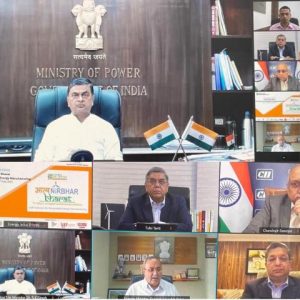 Confederation of Indian Industry (CII) had recently organised a conference on “Aatmairbhar Bharat – Self Reliance for Renewable Energy Manufacturing”.