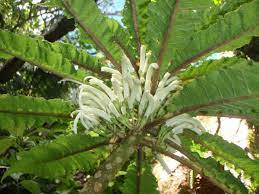 The Botanical Survey of India, in its new publication Plant Discoveries 2020 has added 267 new taxa/ species to the country’s flora.