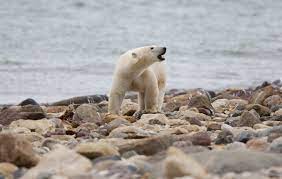 Polar bears in Canada’s Western Hudson Bay, an inland sea connected to the Arctic Ocean, are dying at a fast rate, according to a new government survey, the Associated Press reported recently.