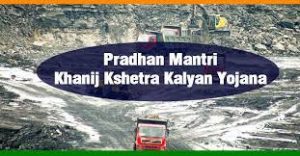 Over 1 lakh welfare projects completed in mining areas under PMKKKY