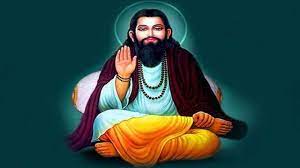 The postponement of the Assembly elections in Punjab to February 20 underlines the importance of the Ravidassia community in the state.