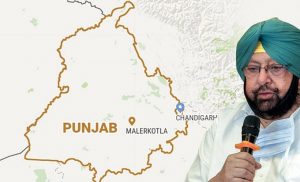 Punjab Chief Minister announced the creation of a new district of Malerkotla, carving the state’s only Muslim-majority town from Sangrur district.