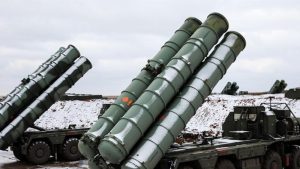 US House of Representatives has passed a legislative amendment that approves a waiver to India against the punitive CAATSA sanctions for its purchase of the S-400 missile defence system from Russia to help deter aggressors like China.