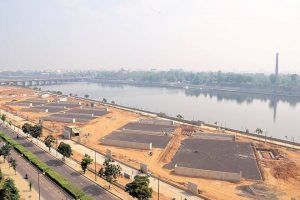 The Ahmedabad Municipal Corporation, in its draft budget for 2021-22, has set aside Rs 1,050 crore for the Sabarmati River Front Development phase 2, work on which is to begin soon.