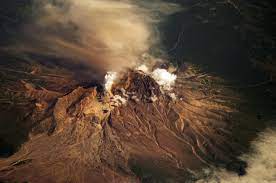 According to Scientists, the Shiveluch volcano in Russia’s far eastern Kamchatka peninsula may be gearing up for its first powerful eruption in 15 years.