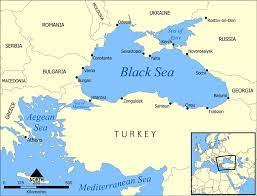 The sinking of the warship Moskva, the 600-foot, 12,500-tonne flagship of the Russian Black Sea Fleet — whether due to a Ukrainian missile strike or, as Russia claims, a fire on board — is a serious setback for Russia.