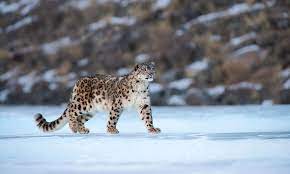 As per the study by the Zoological Survey of India, the Snow leopard regulates the population of its herbivores prey species (Siberian ibex and blue sheep)