Srimukhalingam Temple : Urge To include In UNESCO’s List Of World Heritage Sites 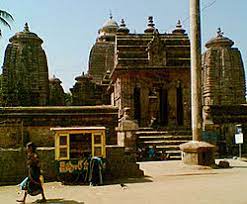