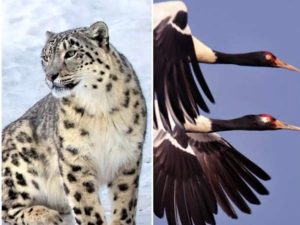 Ladakh has adopted Snow Leopard and Black-Necked Crane, as State animal and State bird, two years after it was carved out as a separate Union Territory (UT) from the erstwhile State of J&K (Jammu and Kashmir).