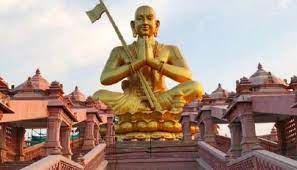 Vishishtadvaita is a non-dualistic school of Vedanta philosophy. It is non-dualism of the qualified whole, in which Brahman alone exists, but is characterized by multiplicity.