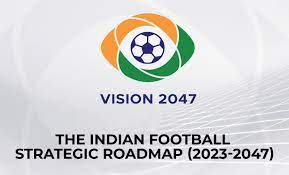 The All India Football Federation unveiled its strategic roadmap with ‘Vision 2047’, hoping that in the country’s centenary year of independence, India will emerge as a new powerhouse of Asian football.