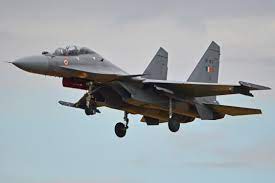 Having taken delivery of all Su-30MKI fighter aircraft and the deal for contracting 12 more Su-30s meant to replace those lost over the years deferred against the backdrop of the Ukraine war, the Indian Air Force (IAF) is working to speed up the long-delayed upgrade of these frontline fighters.