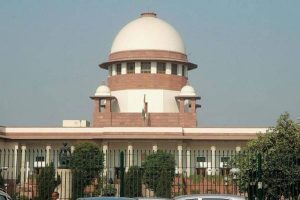 The Supreme Court held that independent persons and not bureaucrats should be appointed State Election Commissioners.