India abstained On A Vote At The UN Human Rights Council: 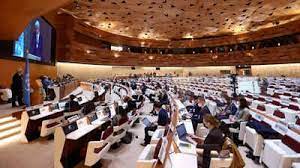 India abstained on a vote at the UN Human Rights Council in Geneva as the Council decided to set up an international commission of enquiry into Russia’s actions in Ukraine.