The Election Commission Of India (ECI) Organized A Two-Say SVEEP: 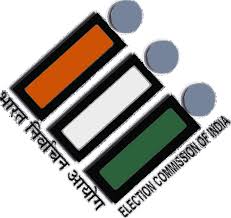 About Election Commission of India: