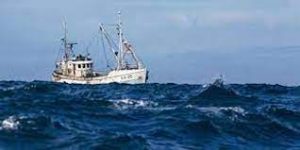 Negotiations involving 168 countries, including the European Union, to agree on a UN treaty for protecting oceans failed on August 27.