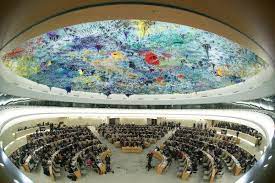 India has been re-elected to the UN Human Rights Council (2022-24) for a record 6th term with an overwhelming majority and vowed to continue to work for the promotion and protection of Human Rights through “Samman, Samvad and Sahyog.”