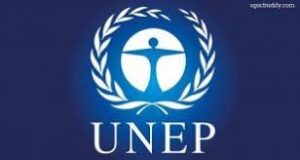 The 2021 Production Gap Report was released by the leading research institutes and the United Nations Environment Programme (UNEP).