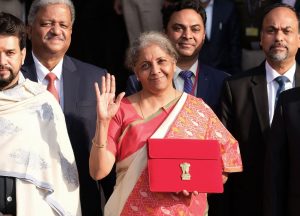 Significant announcements included a slew of hikes in customs duty to benefit Make in India, a proposal to disinvest two more PSBs and a general insurance company, and numerous infrastructure pledges to poll-bound States.