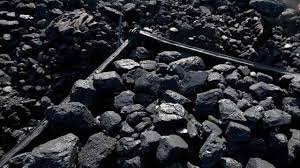 The Ministry of Coal has started the commercial auction of coal mines on a revenue share basis using the National Coal Index (NCI).