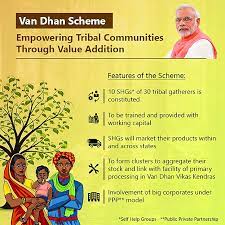 The Ministry of Tribal Affairs has planned to set up 200 ‘Van Dhan’ producer companies in all the 27 states in the next five years with priority to the Aspirational Districts under the Van Dhan programme.