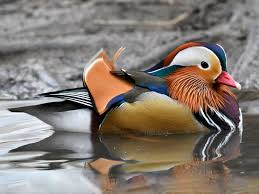 Floating in the Maguri-Motapung beel (or wetland) in Assam’s Tinsukia district for over a week is the spectacular and rare Mandarin duck. First spotted on February 8 by Madhab Gogoi, the duck has since become the star of the wetland.