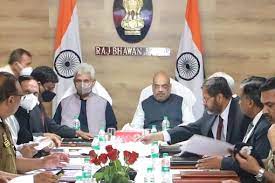 Government started the process of arming members of VDGs with assault rifles in Jammu region and CRPF to provide arms training to VDGs in the wake of recent terror attacks in the region.