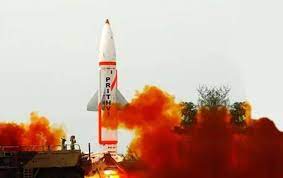 The Defence Research and Development Organisation (DRDO), successfully carried out a training launch of, Prithvi-II from the Integrated Test Range, Chandipur off Odisha.