Re-Wilding Of Abandoned Or Injured Animals Under The Lens.: 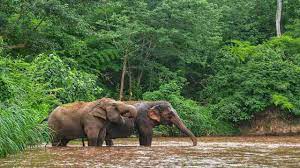 The recent attempt of Periyar Tiger Reserve (PTR) to reintroduce into the wild an abandoned nine-month-old cub named Mangala after rearing it in ‘captivity’ for two years has once again brought the controversial concept of ‘re-wilding’ of abandoned or injured animals under the lens.