What Is Ukrainian Foreign Legion? 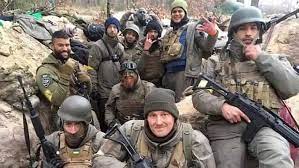 Over 500 Indians from across the country, including some veterans, have submitted applications volunteering to join the International Legion created to fight Russian forces in Ukraine, diplomatic sources said