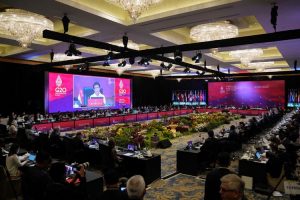 The External Affairs Minister of India met with the US Secretary of State and Russian Foreign Minister and other counter parts in Bali (Indonesia) on the sidelines of the G20 Foreign Ministers Meeting.