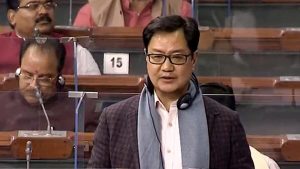 The Ministry of Home Affairs (MHA) has clarified that there is no proposal under consideration to scrap Section 124A of the Indian Penal Code (IPC) that deals with sedition.