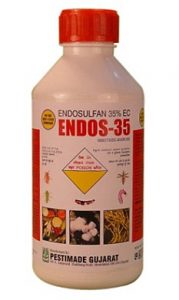 The Supreme Court has slammed the Kerala government for State’s inaction in providing relief to the Endosulfan pesticide exposure victims.