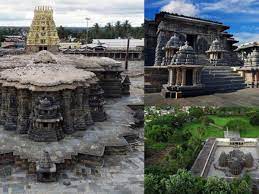 The Union Ministry of Culture has nominated Sacred Ensembles of the Hoysalas temples for consideration as a World Heritage site for the year 2022-2023.