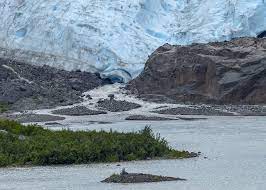 Multiple events of glacial advances have been witnessed from the Yankti Kuti valley situated in the extreme eastern part of Pithoragarh district, Uttarakhand, since 52 thousand years (MIS 3) that synchronises with climate variability, according to a new study.