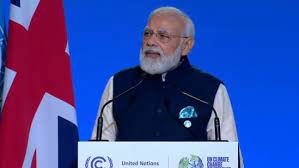 Achieving net zero carbon emissions by 2070, a target that Prime Minister Narendra Modi committed to in Glasgow in 2021, could boost India’s economy by 4.7% above the projected baseline growth in GDP terms by 2036, worth a total of $371 billion.