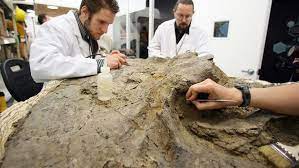 Recently a court in Varanasi has rejected a plea requesting carbon dating into the structure (claimed to be shivling) found inside Gyanvapi Mosque.