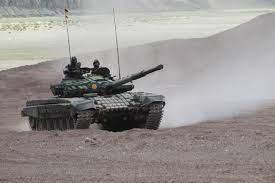 With the experience of deploying armour at an altitude of 15,000 ft. to outmanoeuvre the movement of Chinese forces during the stand-off in eastern Ladakh, the Indian Army is prioritising the procurement of the indigenous Indian light tank named ‘Zorawar’, for deployment in the mountains.