In its guidelines, the Central Pollution Control Board (CPCB) has marked Common Bio-Medical Waste Treatment Facilities (CBWTFs) as a key factor in the race to contain the coronavirus outbreak. 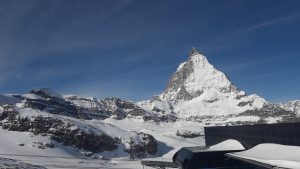 Indian Tricolour of more than 1,000 meters in size was projected on Matterhorn Mountain, Zermatt, Switzerland to express solidarity to all Indians in the fight against COVID-19.

Recently, the Union Minister of Finance attended the 5th Annual Meeting of the Board of Governors of New Development Bank (NDB) through video-conference in New Delhi.

Measures taken by India to respond to the health crisis and to mitigate its impact were highlighted. Few of them are:

The rupee has been losing value (or depreciating or weakening) against the dollar over the past few months.

The rate-setting Monetary Policy Committee (MPC) will be meeting five times in FY21, against seven in FY20. 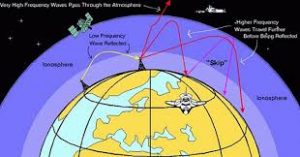 Researchers from the Indian Institute of Geomagnetism (IIG), Navi Mumbai, an autonomous institute of the Department of Science & Technology, Govt. of India, have developed a global model to predict the ionospheric electron density with larger data coverage—a crucial need for communication and navigation.

1. Recently, China has accused India of violating the World Trade Organization WTO’s “principle of non-discrimination” after India tweaked its Foreign Direct Investment (FDI) policy to make its approval mandatory for firms in neighboring countries to invest in Indian companies.

4. Recently, the Centre showcased the contact tracing and containment model of Kerala’s Kasaragod, one of the earliest spots on India’s COVID-19 map, as one of the success stories of the containment exercise.

5. China has said that the additional barriers set by India for investors from specific countries violate World Trade Organisation’s principle of non-discrimination, and go against the general trend of liberalization and facilitation of trade and investment.

7. Under PM-KISAN Scheme Rs. 17,793 crores released for 8.89 crore farmers’ families during the lockdown.